Nicolai Levashov (1961 -2012) holds an advanced degree from Russia’s Kharkov University in theoretical Radiophysics, (a specialty branch of physics dealing with the propagation of electromagnetic radiation through space) and is thoroughly grounded in relativity theory, quantum mechanics, classical physics and higher mathematics. Thanks to a rare natural gift of accessing and processing information, he has acquired a wide-ranging knowledge of medicine, physiology and other allied disciplines.

Two of his books, originally written in Russian, gained him election as Academician to full active membership in two mainstream Russian scientific academies. The active status is an honor that has been accorded to only two percent of Russian Ph.D’s. The first institute is the I.I.A., the International Informatization Academy [no exact English equivalent], an advisory body of the United Nations, numbering among its membership the Secretary of State, several Nobelists and other luminaries from various academic fields. The other, the I.A.E.S., the International Academy of Energoinformative Science [translation approximate], is a Russian-based institution authorized to select nominees “for prestigious international prizes.”

He further won laudatory reviews of his work from Russian mainstream scientists, with positions of authority in academia and Russian scientific pedagogy, e.g., recognition for being the first scientist to postulate a concept of the cosmos based on the anisotropy of the universe and a much-needed new hypothesis to explain why research in modern physics can no longer support such basic tenets as the Law of Conservation of Energy (Docent Igor Popov); approbation for Levashov’s presentation of “the dynamic structure of the integrity of the field and material forms of matter…thus making possible the creation of a model of the self-organization of the world …and the critical boundaries of the development of systems.” (Academician V.G. Vanyarko); designation of Levashov’s monograph as “an elegant and strict scientific/philosophical system,” and his position on anisotropy of the universe as constituting “a new epistemology” and a “notable event” in the world’s epistemological view of the universe. Reviewer alludes to many chapters in detail to support this view. (Professor Y. M. Khrustalyov).

From her abstract: “Psychic Healing And The Anisotropic Universe”  ( Levashov’s conclusion and this article were published well before scientists refuted the classical claim that the universe is isotropic. )

Drawing on his training in advanced physics and quantum theory, together with an in-depth questioning of the latters’ known inconsistencies, physicist/psychic healer Nicolai Levashov has concluded that the universe is anisotropic, i.e., non-uniform in spatial structure.

This concept, while backed by serious support in the field of astrophysics, runs directly counter to the classical view that the structure of space is uniform (isotropic) – which holds that space has the same qualities and properties in all directions and that matter, therefore, must manifest similarly in all directions of space.

However, Levashov, from his dual perspective of healer and physicist, believes that spatial anisotropy plays a pivotal role in all creation, both macro- and microcosmic. This process unfolds through the eternal interplay of subtle and physical matter in quantized space, which, he concludes, is the cradle of all creation, and is governed by specific and quantifiable parameters resulting from spatial anisotropy. Levashov has laid out the mathematical formulation of this process.

A healer, trained by Levashov to access an advanced state of consciousness and elevated energy potential, must draw on this understanding of the universe, in order to orchestrate the creation or dissolution of matter for healing purposes, in accordance with natural law.

Levashov’s basic training of a healer is described, along with the attendant pitfalls and challenges. The steps of the healing process itself, e.g., scanning, detoxification, cellular ablation and regeneration, etc., are detailed in the light of Levashov’s cosmological position; and two f ully documented cases are presented of children with classically incurable problems, successfully treated by Levashov.

Psychic or “distant” healing is a venerable practice, global in scope and diverse in modalities, all of which share the phenomenon of “non-locality,” its current rubric in alternative therapy literature.

The term is borrowed from quantum physics to account for so-called “non-local” events, where things, seemingly unrelated, come together without any discernible causal nexus. Such “quantum weirdness” underlines sharply the dilemma of modern physics where apparent randomness, manifesting below a certain order of magnitude, has supplanted the model of a predictable clockwork universe.

The elucidation of psychic healing faces a similar challenge: how to account for what transpires during that “mysterious leap” from mind to living matter that unfolds without the help of any physical contact. Psychic healing modalities are legion, as are the attempts to explain how they impact living subjects (human and other species) over modest or lengthy distances.

In 2002, we authored a survey of more recent psychic healing articles and noted that several of the above modalities had found their way into mainstream medical journals, as august as “Annals of Internal Medicine.” While our survey yielded no definitive answers to the riddle of mind/matter interaction, it did signal that anomalous healing had come of age as a subject of serious research, appearing with increasing frequency in reputable medical journals and duly subjected to the rigors of multivariate analyses. All the studies we surveyed dealt only with cohorts of patients, not individual cases, with short-term but no longitudinal follow-ups. (See our review article, “Distant Healing Revisited: Time for a New Epistemology”)

More helpful, in our view, is the growing call for a new epistemology, an expanded view of reality. Eminent researchers, like William Tiller and Marilyn Schlitz have echoed this need, e.g., Schlitz suggests that “…distant intentionality might not be an anomaly…but part of another order of reality” and that data derived from it may help to ” ..revise the epistemological and ontological assumptions that are used to guide modern science itself.” She further avers that “…the space-time matrix in which we are grounded is not the only model of reality.”

Also probing riddles of non-locality, from a somewhat different and more heuristic approach, is Russian-born physicist/ healer Nicolai Levashov. Fortified with a strong background in science, Levashov has created a unified theory that addresses many of the conflicts in current physics and presents a unique approach to the dynamics of mind/matter interplay.

Lending support to his theory are the clinical results of his healing work-thoroughly validated through detailed medical documentation, archived by the authors and thoroughly perused by qualified peer reviewers.

You have Successfully Subscribed! 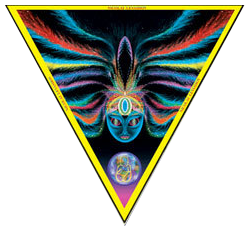